It got to me. Living in France was supposed to have a beginning and an end. It nearly did have an end in a way that I could never have imagined, but now it can’t. I belong amidst the bewildering complexities and incongruences of French life, and wherever I am, for as long as I am, this will not change. Nothing from my Australian upbringing pre-supposed this French fascination. My first steps in the language were coincidental, and it was probably luck that saw one of the young, groovy teachers allocated to my beginner’s French class at school. I enjoyed writing, but was gently encouraged into maths and science subjects, where non-essential creative writing was relegated. Thereafter, I adopted an academic approach to getting through an undergraduate degree, teaching diplomas and a master’s degree in education. Despite these intervening diversions, my French obsession remained present and it was only natural that when my own children were old enough that we head to France. Returning to Australia several years later and to a new city, I forewent teaching in favour of writing. It made the transition easier and was a wonderful way to not forget our special few years. But you are in France, Madame was the result. 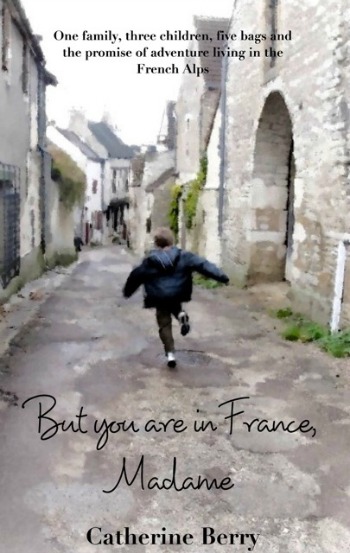 But You Are in France, Madame by Catherine Berry