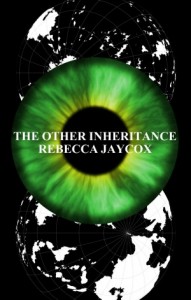 The Other Inheritance by Rebecca Jaycox

The following is a guest post by Rebecca Jaycox, author of  The Other Inheritance. If you would like to write a guest post on my blog, please send me an e-mail at contact@cecilesune.com.

I’ve always been an avid fantasy and science fiction reader. I blame Star Wars for making me seek out Dune. Eventually, I discovered the joy of Urban Fantasy, Dystopia, and Steampunk.  The latter three genres really showcased kick-butt female characters; women who could and did play with the big boys. They often had witty comebacks and big swords. I grew up with Buffy, so I have a soft spot for this particular type of female character.

The YA genre has been around for a long time, but over the past 15 years or so, it has really exploded. I got into YA again with series like Harry Potter and the Hunger Games. YA really became a home for strong female characters, not just the ones who could physically kick your ass, but girls who were smart, sharp, and way cooler than I was when I was their age.

YA also became a genre where writers could take more chances. I increasingly found many of the YA stories I read more creative and exciting than adult fantasy. And critics can scoff all they like about adults reading books written for teens, but young adult lit has gotten increasingly dark and, well, adult. It tackles grown-up issues and doesn’t shy away from the seedier side of life. 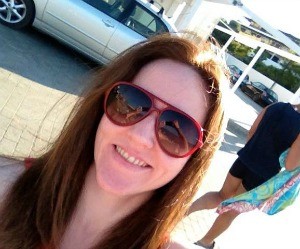 When I first started writing The Other Inheritance, I didn’t even really think about it being classified as YA. Yes, of course, I knew in the back of my mind it was a young adult book, but I didn’t feel the need to hold back just because my audience was younger. My heroine Reggie deals with real problems: poverty, bullies, and an alcoholic parent. Just because the setting turns fantastical doesn’t mean those problems lessen.

I think the real beauty of YA is that we can relate to what these young heroines/heroes are going through. We’ve all been there, and we understand the struggles of entering into adulthood and discovering who you are and who you want to be. One day I will finish an adult novel, but for right now, I’m happy to write YA stories that not only touch teens, but that adults can relate to as well.

About the author and her work: Rebecca Jaycox’s Website.