The Truth Is No Excuse 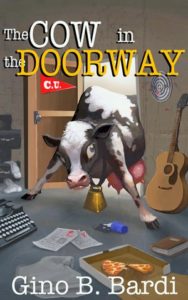 The following is a guest post by Gino Bardi, author of The Cow in the Doorway.

Every now and then, a reader will approach me and pay me a gigantic compliment.

“You have a terrific imagination,” he or she will say.  I will nod appreciatively, and thank them profusely.  I love compliments. Even when they are dead wrong. My imagination is probably no better than their own, and possibly much worse. What I have is a good memory.

My wife and kids, of course would not only disagree with that statement, they would still be laughing about it a week later. I’ll stand in front of the open refrigerator for five minutes staring blankly into the shelves, with no idea whatever of why I opened the thing in the first place. When my kids were younger we spent fifteen minutes searching for a child’s hairbrush before we could all get in the car and leave. Now everyone has to help look for Dad’s car keys…then his wallet…then his sunglasses. Assuming I remember where I left the car! Normally, this behavior would send me scurrying to the doctor or shrink, but all my writer friends suffer from the same condition. (And without my writer friends I wouldn’t have no friends at all.)

But, for some wonderful reason, I have been blessed with a crystal-clear memory of the weirdest stuff that has happened to me over my life.  I have another, marvelous ability as well: As this crazy stuff is going on around me, I am aware of it!  I have a picture-perfect memory, for example, of chasing a mouse down a snow covered sidewalk in freezing weather, lunging at him with a crab net—to save him from freezing to death. I had just dropped him into a toilet because I thought he was a goner. As I slid across the ice on my bare feet, I remember thinking, “You can’t make this stuff up.”  At least I can’t. Thirty years later that sequence of events resurfaced in a short story.  In another story, the hero escapes testifying at his girlfriend’s DUI trial, because he suffered total amnesia the night she got arrested, when she wrecked the car he was riding in. Yeah, that happened, too. 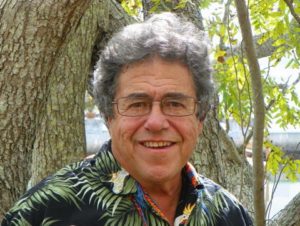 But a carefully curated library of bizarre memories isn’t enough to fill a book of short stories or carry a novel from Page One to The End.  The crazy scenes in my life, for the most part, are just scenes; they are not stories, and if told faithfully and accurately, would elicit no more response from a reader than  “Yeah? So what?”  It is at this point that fiction and memoir part company. When the sizzle fizzles out and life returns to normal, I have to remind myself: I am not beholden to the truth. I have no obligation whatsoever to stick to the facts. I’m a fiction writer. I make stuff up. I change things, exaggerate, twist, create new realities…in other words I am not only able to lie, I am required to lie or risk committing the fiction writer’s biggest sin: boring the reader. What freedom! It’s exhilarating.

Above my desk hang several signs. The biggest one reads, “The Truth is No Excuse.” The new members of my writers group take a while to trust and embrace this simple concept. They defend their less-than-compelling stories by lashing back with “But that’s the way it really happened!”

So what? Who cares? When the real story runs out of steam, throw in some shovels of coal from your imagination. But in my experience, the truth will burn hotter. It just doesn’t burn for long, without a little help.

More about the author and his work: Gino Bardi’s Facebook page.