The Spirit of Iris – The Story behind the Story 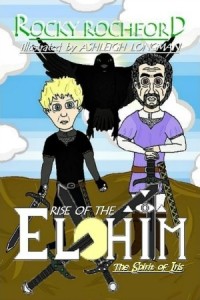 The Spirit of Iris by Rocky Rochford

The following is a guest post by Rocky Rochford, author of  The Spirit of Iris. If you would like to write a guest post on my blog, please send me an e-mail at contact@cecilesune.com.

The Spirit of Iris was always going to be a book I wrote. The genre, the style, even the story is something that has been with me for a long time and therefore it was always just a matter of time before I wrote the first installment of the Rise of the Elohim series.

Fantasy was a genre all of my short stories possessed when I was having to do short story essays back in the early 00’s. Plus throw in a love for one of the greatest video game series to be known to man – I am of course referring to The Legend of Zelda – and, then watching the film series of the Lord of the Rings, it became really hard not to think of your own fantasy story set in a world unlike the one we live in.

In the early days, I will admit, I did a lot of Zelda fan-based short story adventures as one fantasy I did have was to become a video game writer for the series, but despite my love for Zelda, writing established work as opposed to creating my own just didn’t appeal to me as much as it did. I began craving creating my own character, my own world and have actually tried to differ it to the Zelda series as much as I can, but made sure it possessed some of its greater qualities, so that it could appeal to the all the masses, including the Zelda masses, but not feel like a total rip-off. 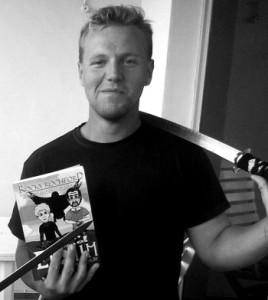 Then once the general concept was in play, the books entire series plot-line and side-stories formed and begun to play out like a movie inside my head. Only once I started writing it, I realized I didn’t want to do it as a book, but more like a video game, to write it not as a story, but a video game story line as means of satisfying an old desire, whilst giving my own style of writing a sweet little challenge and pretty soon it was like the pages were writing themselves. Only upon nearing completion of the first installment, did I realize pages weren’t enough. So I took on an illustrator with no experience whatsoever in the given subject, worked with her to create the 74 striking b&w illustrations, divided between the two versions of the book.

With the book finished, came the long haul of finding a willing publisher, a journey that lead me to Solstice Publishing and finishes with the reader. Upon signing a contract, weeks of editing and more, the book is finally available to the public. There really is nothing like seeing one of your own creations come to life and that is why I do what I do, why I write.

Thank you for reading.

About the author and his work: Rocky Rochford’s Website.