The Secret of Sinbad’s Cave by Brydie Walker Bain 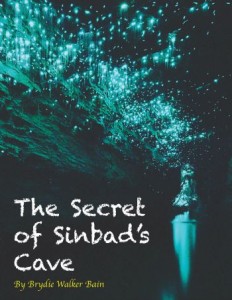 The Secret of Sinbads Cave by Brydie Walker Bain

The following is a guest post by Brydie Walker Bain, author of The Secret of Sinbad’s Cave. If you would like to write a guest post on my blog, please send me an e-mail at contact@cecilesune.com

What do you get when an author works as an adventure cave guide, jumping off waterfalls and tubing on underground rapids? An exciting new young adult ebook full of mystery and action.

That makes it sound like I planned it, right? The truth is, I fell into the job sideways, full of doubt and a good dose of fear. As a theatre and history graduate and a writer, I hadn’t done many extreme things beyond trekking in the Himalayas. The idea of guiding trips underground and ensuring people from all over the world stayed safe sounded mad, but the bosses assured me I’d be fine.

I remember clearly the paralysing fear I’d felt when, as a client, I’d first stepped into the mainstream way of the cave. Five metres (16 feet) across and twenty metres (65 feet) high, beyond the lights of our head torches the cave was pitch black and the pressure of the river against my legs was powerful.

Over time, I became more and more accustomed to the hostile cave environment. I learned where every rock was and was able to skip from one to the other, sure of my footing. But I always tried to remember that first fear, so when I saw it in the faces of my clients I could coax them through the unknown. Eventually, I’d been in the cave so often that mainstream way was like my living room. The knock-kneed girl who crept into the cave years ago would never have believed she’d become a confident guide who would eventually train others.

When the rain came, the water in the cave got higher and stronger, and eventually reached a point where it wasn’t safe to run trips. But until that point, it became fast, fun, and sometimes dangerous. When the water was high, there were sometimes only inches between the water and the cave roof. In these situations, the guides would look at their clients and make a judgement call. If we thought we could be understood, if the people were up for more than the ordinary adventure (oxymoron, I know), and if they could be trusted to follow instructions, we’d keep going. Otherwise, we’d turn around and retrace our steps. It was always best to err on the side of safety. 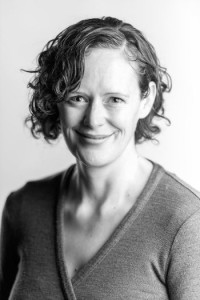 One of these times the water moved faster than we did. We assessed the low section of the cave, kept our group moving, and the river levels changed before our eyes. It was too dangerous to go on; my co-guides and myself knew it in a moment. It’s crucial never to underestimate the power of water. The rocks were sharp and currents could sweep people off their feet. But now we were in a tricky situation. We had to go back the way we’d come, against the current, through two low sections of the cave, with the water rising.

We stationed ourselves at the beginning, middle and end of the low passage. The first guide positioned the clients correctly. Each person was instructed to put their head on the side, so that one eye and half their mouth was in the cold water, and push forward. This way their helmets would clear the roof. I was in the middle, where the roof rose for a moment before falling again. The people arrived with wide, terrified eyes. One by one I patted them on the back, encouraging them and sending them forward to the next duck. There was no time for discussion. We had to keep moving. As we sent the last client through, the air pocket under the first rock disappeared. I waited one moment, then another. The guides I was working with were experienced, and I knew there was no point in me going back and putting two of us in danger. There was a burst of bubbles and he appeared beside me safe. He grabbed me and grinned.

‘Ready?’ he asked. I looked to the next rock. The air was gone. I nodded. We both took a huge breath and dived under, pulling ourselves forward with any handholds we could. We surfaced on the other side where the whole group was waiting safely, and they erupted into applause. From there, we picked our way back carefully towards the light. Having had adventures like this, it was impossible not to weave them into my writing!

The Secret of Sinbad’s Cave is a cross between Treasure Island and Famous Five. Nat Sheppard and her friends find a series of cave maps that lead to ancient jewels, but they are pursued by ruthless treasure hunters that will do anything to stop them.

The following is an excerpt from one of the final sections of the book. I think you’ll be able to see I was drawing on real-life experience. 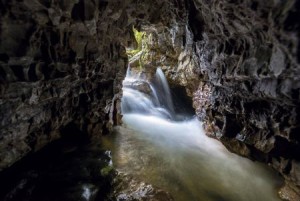 The inside of the cave was narrow but high. The roof was thirty metres above them, and the rocks had been carved into twisted shapes. Whenever anyone moved their head, their light cast demented shadows on the limestone canvas.

‘Anyone figure out how deep the water is?’ asked Riki.

Nat looked around, scanning for a sign that they were in the right place. She could find none. ‘How do we know this is it?’ she asked.

Elijah stepped aside, and everything was clear. Five metres away, the rocks they were standing on plunged back into the stream. Across the water, Nat could see an eagle carved into the rock. The symbol was identical to that carved on the wall in the Glowworm Cave.

‘This is where we got to when we were scouting it out,’ said Elijah. ‘The tunnels are directly underneath the sign.’

‘There’s not as much room as the other day,’ said Jack.

‘Yeah, the water is rising.’ Barnaby’s face betrayed no emotion. Nat had seen him like this before. It was his way of dealing with tricky situations. When the going got tough, Barnaby got factual.

Elijah continued his instructions. ‘If you swim to the sign, then straight down, you’ll come to the second tunnel. The first is further to the right. The one you want is to the left and slightly further down than the others’.

‘Okay,’ said Nat. ‘We’d better get moving. Where’s the rope?’ Elijah produced a length of rope from his bag, and Nat tied a releasable knot around her waist. ‘One tug for help, two for safe, and three to be pulled back through. Right?’ Elijah nodded, and Jack set up an identical system with the second rope. While she waited for her brother, Nat focused on what the patupaiarehe had told her. 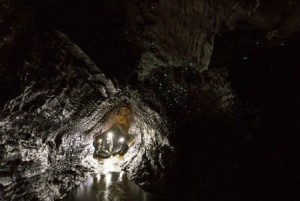 To find the treasure you seek, look for the Pouākai. When you stand before the final wall, and there is no clue how to pass, trace the outline of Tautoru on the rock. Take the lowest passage and remember; you are on sacred ground.’

Jack signaled that he was ready, and Nat looked at Barnaby, Elijah and Riki. She gave them the thumbs up and slipped into the water.

Nat swam across to the Harpagornis sign, took a deep breath and dived straight down. Her heart was thumping faster than it ever had before, but she pushed all her fear aside. She had to do this. There was no going back, and there was no time to lose. Even with her light on full beam, the water was murky. Nat kept her hand on the wall for orientation, and used it to pull herself deeper. The rocks under her palms were sharp. She kept tracing her fingers down, down – and then her hand thrust into nothing. This must be the second tunnel.

She wondered for a moment what might be waiting for the unsuspecting caver or treasure seeker who took that option. Would it proceed through to the other side or be walled off? Would it take you to a completely different place? She would never know. Grasping the rocks, she pulled herself further to the left and found the third tunnel with her feet. She didn’t have enough air to hesitate, so she pushed off the walls and swam in.

The tunnel was narrow and smooth. A lot of time had been spent on its creation. Nat searched for something to grip onto. For a panicked moment she couldn’t find anything, and her hands hunted furiously for a finger hold. Suddenly she found a narrow crack. She dug her hand in and pulled as hard as she could, gathering enough momentum to shoot straight through to the other side. She rose to the surface and gasped a deep, thankful breath.

She was bobbing at the edge of a huge moat. A grand island rose from the water before her, and Nat could see a path leading to the upper levels of the cave. Everything was silent. She tugged on the rope twice. Safe. As she did so, a deep rumble rolled around the cave. Nat looked about frantically. The noise stopped. She trod water, waiting for Jack. In a spluttering, kicking burst he arrived beside her. He looked around with wild eyes, then sent the signal back to the others. They both floated in the water a moment, taking it all in. 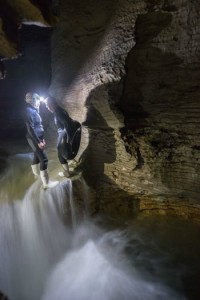 Before them was a beautiful cavern. In comparison with the bare rocks of the other side, every surface here was decorated with delicate formations. Nat pointed out the path to Jack. They swam across to the island and pulled themselves onto the rocks, undid the knots and coiled the ropes. Nat looked back the way they’d come. There was nothing to betray any kind of exit; just a sheer wall rising from the water. It was a perfect hiding place.

About the author and her work: Brydie Walker Bain’s Facebook Page.