A Stranger’s Eyes by Nikki Minty 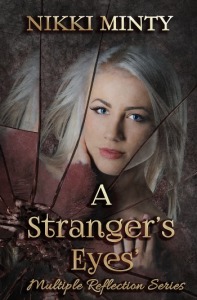 A Stranger’s Eyes by Nikki Minty

The following is a guest post by Nikki Minty, author of A Stranger’s Eyes. If you would like to write a guest post on my blog, please send me an e-mail at contact@cecilesune.com.

Ever since I was a kid, I’ve always had a wild imagination. I enjoyed dressing up, dancing, doing plays, writing stories, drawing pictures, and generating new things out of old things. I love having creative control. My story A Stranger’s Eyes is a product of my imagination taking control. I constantly have different story ideas running through my mind on a daily basis, only this time, after discussing this particular idea with my mother Carrie and partner Kieran, they insisted that I needed to get this story down on paper. My novel is inspired by such movies as; ‘The Skeleton Key’ and ‘The Craft’ mixed up together with a bit of history, drama, and underlying romance. I love history and I’m in love with the idea of the supernatural.

“Yesterday, if someone would have asked me how the world worked I would have told them we are born, we live out our lives, we grow old, and then eventually we die. I would have said we have only one life and we should make the most of it. I would have insisted magic was not real, it was just an illusion, but now it seemed like everything I was certain about in this life is nothing but an illusion.”

After walking in on his girlfriend cheating on him with one of his close pals, Jesse is filled with resentment, but things turn around in more ways than one, when a mysterious and stunning new student by the name of Sienna Lacey enters his English classroom. From the moment Jesse sets eyes on Sienna he is immediately attracted to her and at a second glance she seems oddly familiar, it’s like a strange case of déjà vu.

During their first night out together, Sienna eventually opens up to him, allowing us to learn the truth about her real identity and long heart-wrenching history.

In a bid to change Sienna’s future Jesse is determined to make her face her past, but little does he realize that by unfolding the secrets of her past, he will also be unfolding some secrets of his own.

This character was inspired both by my brother, Trey Minty, and Jesse Lacey (the lead singer from the band Brand New). Jesse is a good-looking guy, just like my brother, with wild brown hair and green eyes. He is very impulsive and emotionally driven, but he can also get a little hot headed when provoked.

Jesse’s scorched relationship with Brooke was inspired by Brand New’s first album, and the two songs, “Jude Law & Semester”, and “Seven times 7”. Jesse Lacey (from Brand New) caught his girlfriend cheating on him with his best friend, and through his lyrics, you soon learn how quickly love can turn into hate.

He is Sarah Hughes’s love interest from the 1930’s who happens to be the spitting image of Jesse.

When designing my book cover I was looking for a beautiful girl with blue eyes and long golden locks, who could pose as Sienna. Brooke Casserly sent me a photo, recommending Desiree Vassallo. As soon as I saw it, I was like: ‘yes, she is Sienna’.

Sienna is a stunning girl with a troubled background. Without the guidance of her parents, she’s made a lot of poor choices. She leaves home to be with her boyfriend Nathan, who manages to lead her further down a path of destruction. Sienna’s personality was inspired by Marisa from the TV series ‘The OC’ and Gia from the movie ‘Gia’, starring Angelina Jolie. Drug abuse can lead to a dramatic change in a person’s personality.

As we read on, we soon learn that Sienna is no longer in control of her body, Sarah Hughes is, and she has a very different personality altogether.

This character was inspired by my great grandmother, Sarah Hughes. She was a wonderful, warm woman, who always put others first. Although this is a fiction story, there are snippets of Sarah’s true story woven into my novel, and parts of her personality woven into my character. 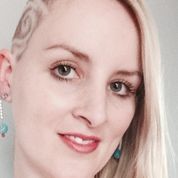