The Second Coming: A Love Story by Scott Pinsker 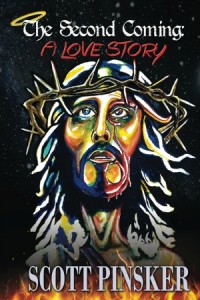 The Second Coming by Scott Pinsker

The following is a guest post by Scott Pinsker, author of  The Second Coming: A Love Story. If you would like to write a guest post on my blog, please send me an e-mail at contact@cecilesune.com.

Two men claim to be the Second Coming of Jesus Christ.  Each claims the other is Satan in disguise.  But only one is telling the truth… and damned if anyone knows who’s who.

In The Second Coming: A Love Story, author Scott Pinsker takes a battle-axe to the Left Behind clichés, reimagining the End of Days prophecies as a soul-squeezing theo-thriller: Soon after the earthly arrivals of two VERY different Second Comings, the United States splits along ideological lines, with Red America swearing allegiance to the conservative “savior” and Blue America (naturally) worshiping at the altar of the other.  A cutthroat Culture War-turned-Holy War explodes, with both sides waging a win-at-all-costs marketing campaign to prove their savior’s supremacy.

Adding to the intrigue, all the key characters are modernized updates of Bible characters.  For example, Mary Magdalene is retold as Margaret Magdala Esquire – only instead of selling her body on the street, she auctions her mind to the highest-bidding criminal.  At least, she did… until she was saved by the Second Coming of Christ.

Author Scott Pinsker is a celebrity publicist whose analysis of marketing trends and political brand-building strategies has been featured on FOXNews.com, the Washington Times and Breitbart.  As the author tells it: 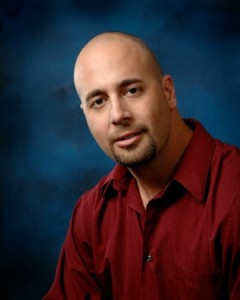 “The Second Coming: A Love Story was the byproduct of a bizarre thought-experiment: If the Devil was a real-life entity – and if the Devil’s primary objective was to win new followers – then what would be his best marketing strategy?

During my career, I’ve worked with billionaires, athletes, singers and celebs-in-peril.  I was responsible for safeguarding reputations, crisis management and media relations.  But more than anything, I’ve cultivated a special talent for rehabilitating brands and activating new target-audiences, and it’s served me well.

But what if Satan was my client?  What if I was literally the Devil’s advocate?

What would be Satan’s smartest strategy for winning new followers?

After toying with this idea, it soon became clear: All those horror movies had it wrong!  The Devil wouldn’t woo us with something as obvious as horns and a pitchfork… simply because it would be bad marketing.  Instead, a creature as old and wise as Satan would recognize that very few people will deliberately do evil in the name of evil – but billions will gladly do evil in the name of good.  And then, he’d strategize accordingly.

So what would be Satan’s best marketing strategy?

Why, it would be to pretend to be a savior.“

The Second Coming: A Love Story was released at 6:00 pm, on June 6 (6/6/6!) 2104, and has already received a number of glowing reviews from bloggers, book review websites and Amazon Top Reviewers.

Be forewarned: This book WILL force you to reexamine your faith in God.  It isn’t for everyone.

But then again, neither is salvation.

About the author and his work: Scott Pinsker’s Website.