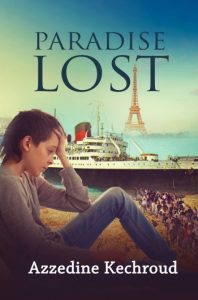 The following is a guest post by Azzedine Kechroud, author of Paradise Lost.

This novel tells the life of a young child during the Algerian war of national liberation under occupation of French colonialism. The eyes of an innocent child describe how he and his family lived the horrors of that war. This child did not understand why adults were conducting an absurd war that touched all families without exception, from both sides. War is an atrocious and cruel thing for this child who rebels inwardly against those who make war.

From then on, it switches to a world that is not his and to which he could never adapt. Then follows a crisis of conscience that he cannot dispose of to this day.