What Oh What Shall I Write? 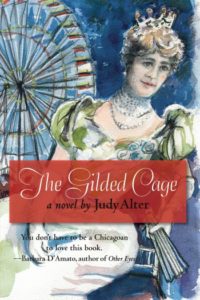 The following is a guest post by Judy Alter, author of The Gilded Cage.

I sort of slid sideways into a career as a writer. In college, I had no thought of a career—I was going to get married and some man would support me, while I read Silver Screen and ate bonbons—or maybe while I read To Kill a Mockingbird and ate raw veggies. It was the typical late ‘50s mentality. So I majored in English and spent happy hours reading much of the body of American literature.

My first jobs were as a lay person in the medical field and involved proofreading, editing, writing and even some layout work. I kept going to graduate school even while working—it was easier and more fun than looking for a full-time career. One fine day I found myself with a Ph.D. in English, with a special interest in the literature of the American West, and no idea of what I wanted to be when I grew up.

In graduate school I was taught to analyze, support, defend, critique—anything but give in to my imagination. So when a friend gave me her mother’s memoir, detailing life in East Texas in the early 1900s, I had no idea what to do with it. I could annotate it and rob it of every bit of life it had. Another friend steered me to some books with teenage protagonists, and a light bulb went on in my brain: I could make the young girl fourteen (she was four when the memoir opened) and tell the story as fiction. The result was After Pa Was Shot, my first novel and my first attempt at historical fiction. I was bitten. I had the bug.

But there were days when I sat at my desk and thought, “I’d write, if I only knew what to write.” Inspiration came neither easily nor quickly, but eventually I built a career, published close to a hundred books if you count fiction, non-fiction, children’s, young-adult works, and adult. My desk was always littered with projects and some days I felt I was drowning in work (I was also working full time as director of a small academic press). 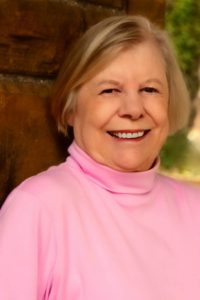 In the 1990s I published several fictional biographies of significant women of the American West—Libby Armstrong, Jessie Benton Frémont, cowgirl Lucille Mulhall, and Etta Place. In recent years I’ve become a mystery writer, a lifelong dream of mine, but I broke away to write The Gilded Cage, historical fiction set in late 19th-century Chicago. The history bug bit me again, and I became an author in search of a topic, back to the day of “What oh what shall I write?” I’d come full circle and ended up with historical fiction.

Today I have opening pages written for four novels, and I don’t know which one to turn to next—three mysteries and a historical novel. Two—one mystery and the historical—are on the top of my pile, but I’m in a quandary about which one to focus on. I’m not sure I can write one genre one day and the other the next, but I might try. As it is, I too often find it easier to simply read something else and ignore both projects. Not the way to keep up the momentum of my career. I’m afraid for authors, as well as other callings, the old adage holds true, “Out of sight, out of mind.”

What oh what shall I write—and how do I make myself stick to it?

More about the author and her work: Judy Alter’s website.