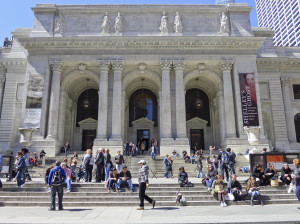 The New York Public Library was in the news recently when it was announced that the Fifth Avenue Stephen A. Schwarzman Building  will not be turned into a lending library. The renovations would have significantly altered the beaux-arts building, and 1.5 million books would have been sent to a warehouse in New Jersey. The plan was “to replace books with people” and effectively turn the building into an internet cafe. For the last two years, many people were against the renovations, including employees, library patrons, researchers, writers, professors, and Bill de Blasio, the city’s new mayor. The decision to stop the plan came as a surprise, and protesters were relieved to hear the news. The NYPL will instead renovate a lending branch located across the street from the Stephen A. Schwarzman Building .

I visited the imposing Fifth Avenue location a few years ago, and was blown away by the building’s architecture and the colorful paintings on the ceilings. The Rose Main Reading Room was breath-taking with its 50-feet high ceilings, huge windows, grand chandeliers and rows of wood tables. I also sat on the steps in front of the library to enjoy the April sunshine, and I took the time to make a drawing of Fortitude, one of the two marble lions guarding the entrance of the building. I am glad the Stephen A. Schwarzman Building, a research center, will not be turned into a lending library. I believe that patrons should have easy access to books to do their research. 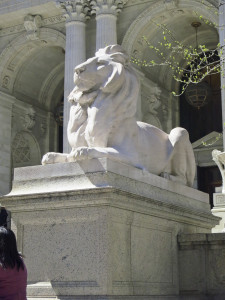 Fortitude, One of Two Lions Guarding the Entrance 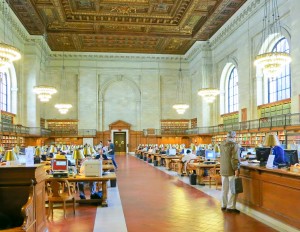 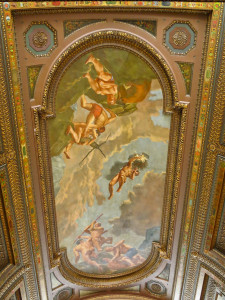 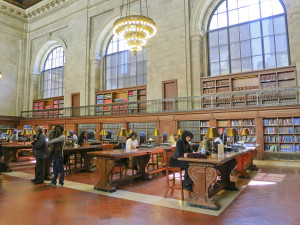