Love Lies Beneath by Ellen Hopkins 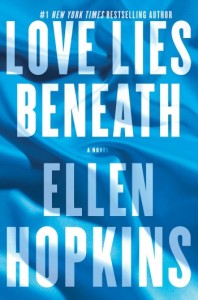 Love Lies Beneath by Ellen Hopkins

Tara lives in San Francisco and is a wealthy 40-year-old confident woman who has been married 3 times but has never been in love. While on vacation in Tahoe with her sister, Melody, she has a skiing accident and ends up in the hospital where she meets handsome Dr. Cavin Lattimore. They start going out, and everything seems to be going great until Tara meets Cavin’s son, Eli. The father-son relationship is very tense, and Eli makes unsettling declarations about Cavin. Meanwhile, Tara starts receiving threatening emails and notices strange cars seemingly keeping watch in front of her house.

Because I am a fan of Ellen Hopkins’ young adult novels, I was disappointed that Love Lies Beneath was not written in verse like her previous novels. In fact, it’s her first fiction written in prose. There are a few poems scattered throughout the story though, giving  rhythm to the book. In addition, some steamy scenes spice up the narrative. At its core though, Love Lies Beneath deals with trust issues and the perception of truth. Tara is a strong, independent woman who doesn’t shy away from taking risks. Abused as a child, she is not afraid of seeking revenge when someone wrongs her. However, she is not a very likable character, and I found that the story was slow going at times, especially at the beginning. Finally, the ending, though surprising, was not entirely satisfying. Perhaps this is due to the fact that the author is planning on writing a sequel that will be published in 2016…

Love Lies Beneath was sent to me for free in exchange for an honest review.

About the author and her work: Ellen Hopkins’ Website. 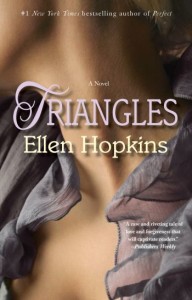 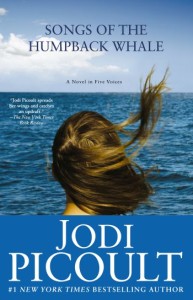 Songs of the Humpback Whale by Jodi Picoult 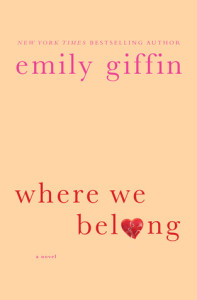 Where We Belong by Emily Giffin 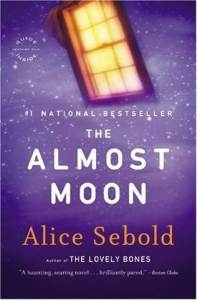 The Almost Moon by Alice Sebold