Did you know that Lord Byron… 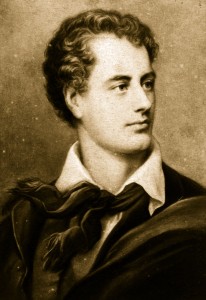 … had a pet bear when he was studying at Cambridge because he wanted to protest against the university’s policy against keeping dogs. In fact, he loved animals and had quite a few during his lifetime, most notably monkeys, peacocks, a parrot, a fox and a crocodile.