A Long Ways from Home by Mike Martin 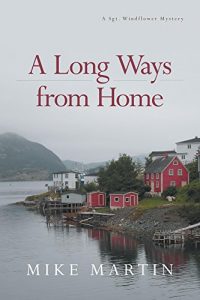 On Thursday 13 October 2016, I had the pleasure of meeting Mike Martin at Books on Beechwood in Ottawa for the launch of the fifth installment in the Sgt. Windflower series, A Long Ways from Home. He graciously offered to sign my books and urged me to eat the food that was spread out on a table nearby. It was really nice meeting him in person after reviewing several of his books!

His latest novel finds Sergeant Winston Windflower leading an investigation into a double murder in the city of Grand Falls, Newfoundland. The victims were members of rival motorcycle gangs particularly active in this area of the island. Facing budget cuts from the government and having to deal with the media, Windflower is under a lot of pressure to solve this case rapidly. Meanwhile, his fiancee Sheila is running for re-election as Mayor of Grand Bank and preparing their impeding wedding.

The book’s title refers to the fact that Sgt. Windflower comes from Northern Alberta and that he sometimes feels like an outsider in Newfoundland. Nevertheless, his Cree heritage, his deep-set beliefs and communion with nature help him stay poised in (almost) every difficult situation. This installment includes a lot more action than the other books in the series, and it was really hard to put it down. However, do we really need to know when Windflower takes a shower or what he eats for breakfast? There are at times too many unimportant details that slow down the story. In spite of this, the novel is engrossing and entertaining, and the ending is completely satisfying. I can’t wait to read more about Sgt. Windflower and his adventures in Newfoundland!

A Long Ways from Home was sent to me for free in exchange for an honest review.

Read my review of A Twist of Fortune, the fourth book in the Sgt. Windflower series.

Read my review of Beneath the Surface, the third book in the Sgt. Windflower series. 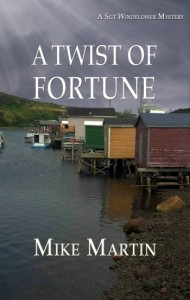 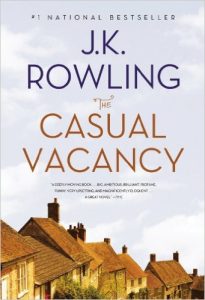 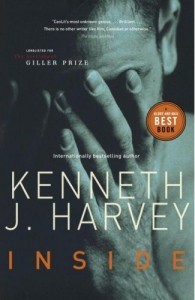 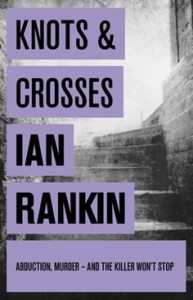