Did you know that Sir Arthur Conan Doyle… 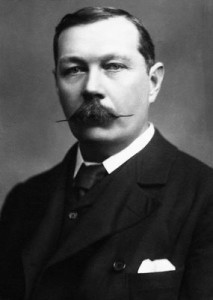 …believed in ghosts and fairies? In fact, he was a member of Spiritualism or “Psychic religion”, and wrote extensively about it at the end of his life. He also traveled to America, Australia, Africa and Europe to talk about the occult. It was his psychic crusade.