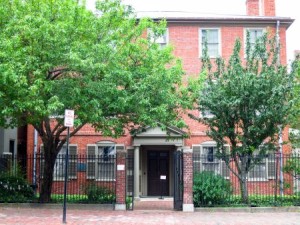 Front of the house

A few months ago, I was on vacation in Portland, Maine, and decided to visit Henry Wadsworth-Longfellow’s childhood home where he lived until he was 14 years old. Built in 1785 by the poet’s grandfather, Peleg Wadsworth, it is a neoclassical-style building and the oldest standing structure on the Portland peninsula. 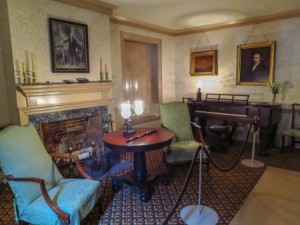 Anne Longfellow Pierce, the poet’s younger sister lived in the house until her death in 1901, and left it to the Maine Historical Society with a set of instructions to follow. For example, she asked that the portrait of George Washington stay over the mantle in the parlor. She also stipulated that all the windows on the west side of the house stay shuttered. They were originally bolted shut because she didn’t want to see the ugly new building next door. 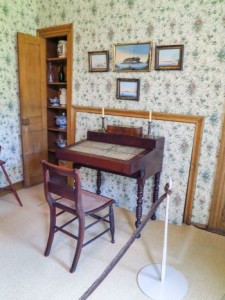 Among the highlights of the house is the summer dining room where Henry Wadsworth-Longfellow wrote his poem “The Rainy Day” – the author published his first poem in the Portland Gazette when he was 13. In another room, there is a leather trunk the poet used for his European travels between 1826 and 1829. 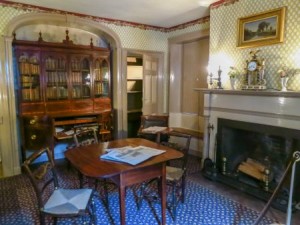 A few blocks away, a statue of Henry Wadsworth-Longfellow sits proudly in Longfellow Square at the intersection of Congress St. and State St. 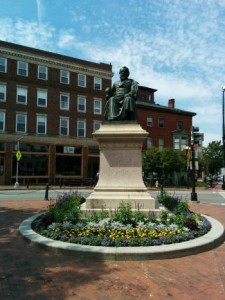