Last June, I spent a week in Chicago with my family, and I was surprised to learn that this was where Ernest Hemingway was born and where he spent his early childhood. I mean, I had just been to Cuba where I visited the Ambos Mundos Hotel in La Habana where Hemingway lived for 7 years. It seemed like I was unwittingly following him. 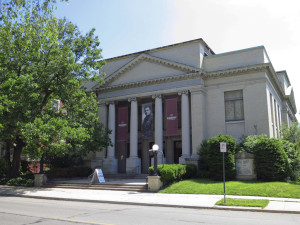 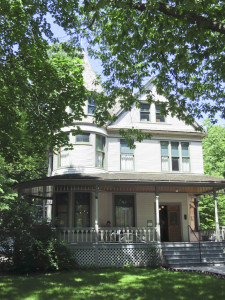 So I decided to go check out the Ernest Hemingway Museum as well as his birthplace home. The museum was really interesting, with displays illustrating the author’s life from his birth in 1899 in Chicago to his death in 1961 in Idaho. It included photographs, sample writings, letters and memorabilia from the Hemingway family. Among other things, I learnt that he loved arts. In fact, he thought that painters were similar to writers as they tried to create landscapes, and authors attempted to describe them. 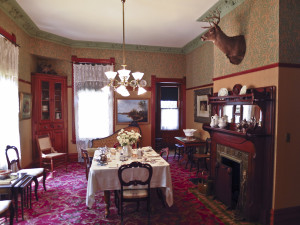 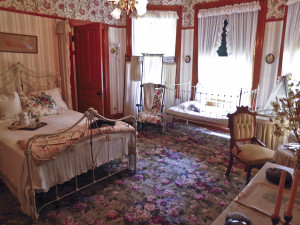 His Mother’s Bedroom Where He Was Born

His childhood house, a Queen Anne Style home, was built in 1890 by Ernest’s maternal grandparents. Hemingway was born there, and lived in it the first 6 years of his life. His parents were upper-middle class: his father was a physician, and his mother was a music teacher. Ernest and his sister Marcelline shared the nursery, next to their mother’s room, and his grandfather, Ernest Hall, was also living with them. 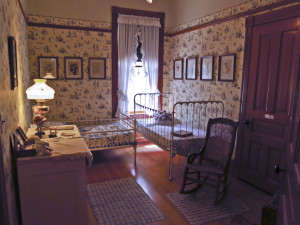 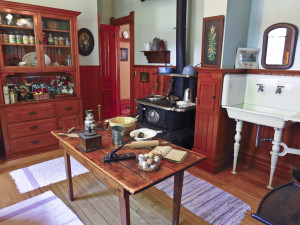 The house has been restored from 1993 to 2001 to look as close as possible to the way it was when Ernest Hemingway lived there. Richly furnished with period pieces, it is a beautiful home, and definitely worth seeing it. I could just picture young Ernest playing on the porch, or listening to his mother play the piano.