The Enigmatologist by Ben Adams 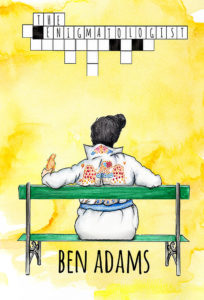 The following is a guest post by Ben Adams, author of The Enigmatologist.

John Abernathy is a disillusioned twenty-something. His job as a private investigator is unfulfilling. And he can’t find work in his chosen field, Enigmatology, the study and design of puzzles. He is about to quit his job when he gets a call from the National Enquirer. Someone sent them a photo of a man who’s supposed to have died 35 years ago, Elvis Aaron Presley. John agrees to travel to Las Vegas, NM and investigate.

John’s hotel door is kicked in, hitting him in the head and knocking him out. When he wakes, he is interrogated by Colonel Alvin Hollister. Colonel Hollister has also been looking for the man in the photo and hires John to help him find him.

The next day, John is approached by Sheriff Lee Masters III, saying he’s received some calls about someone asking questions around town. John asks the sheriff about the man in the photo. Sheriff Masters identifies him as Al Leadbelly and agrees to take John to him, but after lunch, wanting to appraise John. They eat at Rosa’s, a local Mexican restaurant. John meets Rosa Jimenez, the owner, and instantly falls in love with her. After lunch, John confronts Leadbelly. Leadbelly tells John that he’s a former Elvis impersonator who owes the Slot Machine Repairman’s Union money. John tells him the Enquirer plans to publish the photo. Leadbelly, afraid the Union will find him, agrees to leave Las Vegas. That night, John invites Rosa for a drink. She goes back to John’s hotel and spends the night with him.

The next morning, Sheriff Masters wakes them, saying Leadbelly’s been murdered. John and the sheriff drive to Leadbelly’s trailer. They are stopped by Colonel Hollister, who has taken over the trailer park. Standing behind a metal barricade, John sees NASA scientists carrying boxes from Leadbelly’s trailer. The trailer catches fire. John uses the distraction to rush in and looks through the boxes. In one, he finds his great-great-great-grandfather Archibald Abernathy’s journal. It details a mission Archibald undertook for Mary Todd Lincoln, a believer in the occult. She asked him to search the American West for a ghost army that had been harassing the Calvary stationed there. Archibald didn’t find spirits, instead he found a colony of shape-shifting aliens from the Sagittarius system. The journal also suggests Rosa Jimenez is an alien. 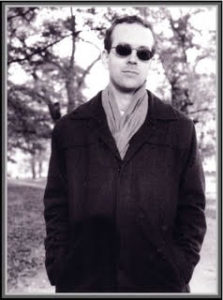 John is leaving New Mexico when he encounters Rosa in an empty field. She tells him she’s pregnant. John tells her he loves her and promises to return to Las Vegas as soon as possible, before driving into the sunset.