Did you know that Louisa May Alcott was addicted to opium? 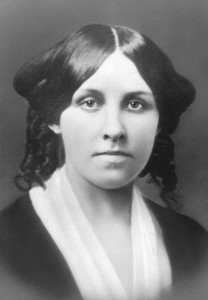 She began using morphine to ease the after-effects of typhoid fever contracted while working as a nurse during the Civil War. The illness was at the time treated with mercury, which caused pain, weakness and hallucinations to the patients. In addition, Louisa May Alcott sometimes suffered from deep depression. In fact, she might even have been bipolar.

Other interesting facts about the author: