Did you know that George Sand originally wanted to become a nun? 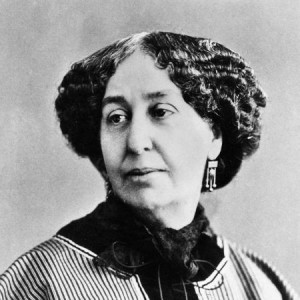 As a child, she was sent to an English convent for her education, and she was a very dedicated student. In fact, the other girls called her “Sainte Aurore” (her real name is Amantine-Lucile-Aurore Dudevant). When her grandmother found out that her granddaughter wanted to devote her life to religion, she immediately removed her from the convent and brought her home.