Did you know that Barbara Cartland wrote 26 books in one year? 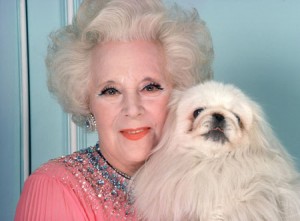 In fact, she is in the Guinness Book of World Records for this amazing achievement, and she authored a total of 723 books in her career. She mostly penned romantic fiction, but she also wrote health books, cookbooks, plays, and biographies. All her work was dictated.