Thomas Lopinski grew up in a quaint small town in Illinois called Georgetown with one stoplight, one high school, one square, one lake, one police car and one hundred ways to get into trouble. It was a wonderful place to be a child. He studied at the University of Illinois and later moved to Southern California with his wife and daughters to work in the music industry. "Document 512" was his first published novel in 2012 and won awards from Reader Views, Foreword Review, National Indie Excellence Awards and BestIndieBooks.com. His second novel "The Art of Raising Hell" was published through Dark Alley Press in May of 2015. Thomas is also a member of the Independent Writers of Southern California (IWOSC). 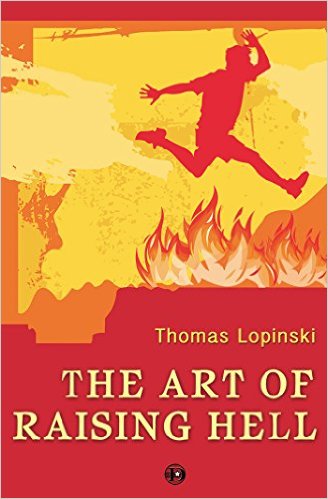 Running on All Four

The following is a guest post by Thomas Lopinski, author of The Art of Raising Hell. If you would like to write a guest post on my blog, please send me… Read More »Running on All Four