Born a Texan to a career Air Force officer and very Southern mother, Michelee spent her impressionable early years all around the world, on a path that brought her to a first marriage at twenty-one. Two children later, with useful time served volunteering at hospitals and museums, she found her way to her first flight lesson. Flying can be liberating... In the ensuing nearly fifty years, besides becoming a C.A.S.A. volunteer, she found her excellent new husband Hal, became a restaurant reviewer, managed a flight school office and logged more than 5,000 hours of flight time, including these in Australia. She holds a commercial license (both single engine land and glider) with instrument rating, and a tow pilot endorsement, and has been active in several aviation organizations, including the volunteer Airlifeline (now Angel Flight). 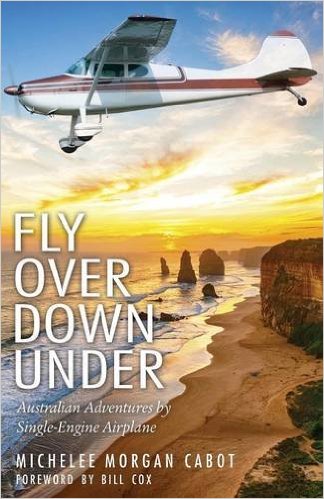 The following is a guest post by Michelee Morgan Cabot, author of Fly Over Down Under. If you would like to write a guest post on my blog, please send me… Read More »ANZAC and Opals