Maria was born in New York City but grew up in Spain from a very early age until her teen years. She returned to the United States and lived with her grandparents until graduating from Theodore High School in the Bronx. By that time she had fairly good command of English and after a short time roaming the streets of Greenwich Village and beating drums in Washington Square with a group of pacifists (then called Beatnicks), Maria decided that she wanted to go to school. Without financial resources, she joined the UN Navy and for a period of four years worked in psychiatric units and toured in a hospital ship from and to Korea to pick up the wounded. After her discharge from the Navy, Maria decided to go to nursing school so that she may be able to earn money after graduation as well as receive partial tuition from whatever hospital she happened to be working. Graduate from nursing, Maria went on for a BA in Education and began teaching Psychiatric Nursing and going to school at night. It took nearly twenty years of night school to obtain graduate and post graduate degrees from Temple University in Philadelphia. Maria moved to New Mexico and worked for the Indian Health Service rendering help to persons with emotional conflicts in the Navajo and Pueblo Indian Reservations. After a few years, Maria moved to Albuquerque and worked for the University of New Mexico Emergency Psychiatric Services, and then she retired. Retirement days were constantly interrupted by childhood issues apparently never resolved, so she wrote a book, Breaking the Silence. Maria is still retired and still living in New Mexico, and finally at peace after the book was published. She hopes that the book will be read: humanity needs to stop hurting each other. 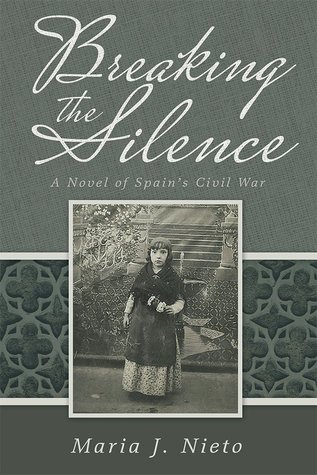