Maggie Kast is the author of The Crack between the Worlds: a dancer's memoir of loss, faith, and family, published by Wipf and Stock. She received an M.F.A. in writing from Vermont College of Fine Arts and has published fiction in The Sun, Nimrod, Carve, Paper Street and others. A chapter of her memoir, published in ACM/Another Chicago Magazine, won a Literary Award from the Illinois Arts Council and a Pushcart nomination. A story published in Rosebud and judged by Ursula Leguin won an Honorable Mention in their fantasy fiction contest. Kast’s essays have appeared in America, Image, Writer's Chronicle and elsewhere. Her first novel, A Free, Unsullied Land, is forthcoming from Fomite Press in November 2015. An excerpted story, “The Hate that Chills,” won 3rd prize in the Hackney Literary Contests and is forthcoming in the Birmingham Arts Journal. 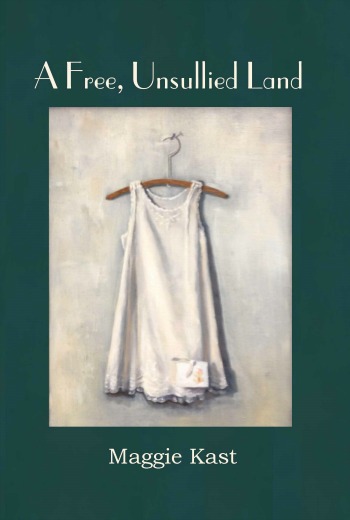 Art with a Beat: the Freedom Principle

The following is a guest post by Maggie Kast, author of A Free, Unsullied Land. If you would like to write a guest post on my blog, please send me an e-mail… Read More »Art with a Beat: the Freedom Principle