Kaylin McFarren is a rare bird indeed. Not a migratory sort, she prefers to hug the West Coast and keep family within visiting range. Although she has virtually been around the world, she was born in California, relocated with her family to Washington, and nested with her husband in Oregon. In addition to playing an active role in his business endeavors, she has been involved in all aspects of their three daughters' lives - taxi duties, cheerleading coaching, script rehearsals, and relationship counseling, to name but a few. Now she enjoys spending undisciplined time with her two young grandsons and hopes to have many more. Although Kaylin wasn't born with a pen in hand like so many of her talented fellow authors, she has been actively involved in both business and personal writing projects for many years. As the director of a fine art gallery, she assisted in furthering the careers of numerous visual artists who under her guidance gained recognition through promotional opportunities and in national publications. Eager to spread her own creative wings, she has since steered her energy toward writing novels. As a result, she has earned more than a dozen literary awards and was a 2008 finalist in the prestigious RWA® Golden Heart contest. Kaylin is a member of RWA, Rose City Romance Writers, and Willamette Writers. She received her AA in Literature at Highline Community College, which originally sparked her passion for writing. In her free time, she also enjoys giving back to the community through participation and support of various charitable and educational organizations in the Pacific Northwest, and is currently the president of the Soulful Giving Foundation - a non-profit she and her husband founded and continue to support. 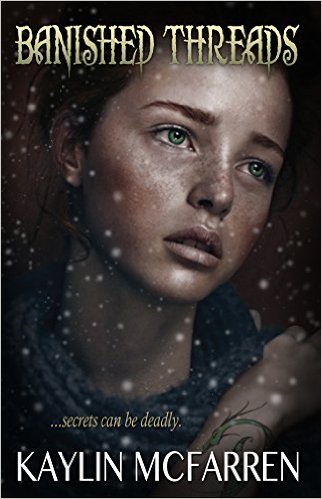 What makes a great suspense story?

The following is a guest post by Kaylin McFarren, author of Banished Threads, the third book in the Threads series. If you would like to write a guest post on my blog, please… Read More »What makes a great suspense story?