J. J. White is an award winning novelist and short story writer who has been published in several anthologies and magazines including, Wordsmith, The Homestead Review, The Seven Hills Review, Bacopa Review, and The Grey Sparrow Journal. His story, The Adventures of the Nine Hole League, was recently published in The Sherlock Holmes Mystery Magazine, #13. He has won awards and honors from the Alabama Writers Conclave, Writers-Editors International, Maryland Writers Association, The Royal Palm Literary Awards, Professional Writers of Prescott, and Writer’s Digest. His crime fiction book, Deviant Acts, was released by Black Opal books in November, and will be followed by his historical fiction book, Nisei, in 2016. He was recently nominated for the Pushcart Prize for his short piece, Tour Bus. He lives in Merritt Island, Florida with his understanding wife and editor, Pamela. 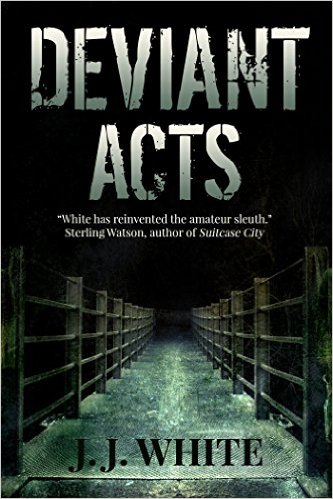 The following is a guest post by J.J. White, author of Deviant Acts. It seems incredulous engineers could be competent as creative writers, considering they deal primarily with technical issues in… Read More »Engineers and Creative Writing