Camilla Chance was born in Reading, England and came to Australia in 1946. She has worked as an editor at Faber and Faber, an English teacher and a book reviewer, and now lives in Warrnambool. She became a close friend of Banjo Clarke after first meeting him in 1975. At his request she began interviewing him soon after, continuing until his death some twenty-five years later. Banjo Clarke was convinced that traditional Aboriginal values could help the world counter greed, conceit, and lack of human caring, and he wanted his story recorded in his own words by someone he trusted outside his family. She will be coming out with a new book sometime in 20l6. 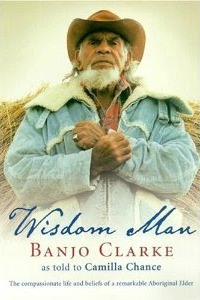