A Zany Slice of Italy by Ivanka Di Felice 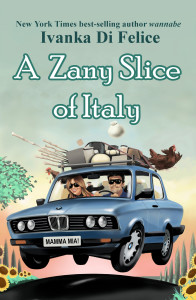 A Zany Slice of Italy by Ivanka Di Felice

The following is a guest post by Ivanka Di Felice, author of A Zany Slice of Italy. If you would like to write a guest post on my blog, please send me an e-mail at contact@cecilesune.com.

This light, lively book takes place in Italy, with hilarious anecdotes about the author and her husband’s trip to visit his family in Abruzzo and finally their escape to Tuscany.

Ivanka Di Felice’s own expectations were shattered when she embarked on la dolce vita. She envisioned drinking unforgettable Brunello by candlelight and discussing art and history with elegant dinner guests. Instead, dinner discussions revolved around how to avoid a “bad wind,” whether the Mafia runs IKEA, and bizarre theories on why the Chinese in Italy never have funerals. Now she drinks Zio’s own “unforgettable,” almost undrinkable, wine, as he pays long-winded tributes to the vile liquid as if it were an elixir of the gods. Celebrate with our author—for mere mortals, or their livers, could not have lived to tell the tale.

Close Encounters of the Fowl Kind

After a few days spent with my in-laws in Abruzzo, we’re ready to make the trek back home to Tuscany.

Over morning coffee, David says, “My parents have a gift for us: two hens, their best ones!”

The three of them anxiously watch my response.

“Now you can have fresh eggs every day!” Maria happily says.

Though I had refused several times in the past, their eager faces convince me to say, “Wow, that will be great.”

Maria runs downstairs, and although we had just recently visited and returned with a car full of food, an Italian mother knows no bounds.

I bring my overnight bag outside and find the car loaded to the brim. A virtual grocery store has once again taken over the trunk.

The two chickens are in a little box next to the car.

“Oh, I guess there’s no room for the chickens?” I conclude.

“Of course, there is—in the backseat,” Maria assures me.

I’m supposed to have on four-inch heels and a flowing skirt, coupled with a pretty frilly top. My hair should be long, tousled in a sexy way. My husband should be wearing a crisp white shirt with slim-fit black trousers. This is how we’re supposed to look when in Italy. I have seen movies and advertisements!

I stare at our ancient car, full of food and loaded down with stalks of bamboo on the roof. I look at the chickens in the box, and they regard me with equal bewilderment.

Next thing I know, I’m driving through lovely mountain roads to the sounds of clucking from the backseat.

As we drive down the winding road, I see the national military police up ahead, signaling us to stop.

David hits the brakes of the ancient BMW 320. The sudden jolt sets off a round of clucking from the chickens in the backseat. The bamboo stalks roped to the car’s roof slide forward but don’t fall off.

“Documenti,” orders the carabiniere with a sinister glare.

David reaches for the insurance papers in the glove compartment and hands them to the officer, who carefully examines them.

“Driver’s license,” the carabiniere says, leaning down to peer inside the car. The odors of chicken poop and pecorino cheese waft through the window. Just then, one of our chickens starts squawking. The officer does a double take.

David is pretty sure he left his wallet back in Tuscany, but to stall for time, he says, “I think it’s in the trunk. Can I check?”

The officer nods, and David exits the car.

“Americano?” asks the carabiniere, a puzzled look on his face. With our gypsy mode of travel, I can see that we are destroying all of the stereotypes he believes about North Americans.

“Canadian,” says David and asks the officer whether he speaks English.

“Not really,” says the carabiniere, but he further explains how he speaks English like Alberto Sordi, who was the dubbed voice of Oliver Hardy in the Italian version of the Laurel & Hardy films. 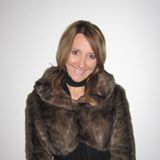 David doesn’t know who Alberto Sordi is but figures his best bet is to smile and assure the carabiniere that his English is very good.

“Thanks,” the officer replies.

They walk toward the back of the car. David opens the trunk, and the officer laughs heartily to see its contents: more pecorino cheese, olive oil, numerous bags of pasta, several frozen chickens, and enough tomato sauce to last a year.

Perhaps the carabiniere realizes it may take ages for David to search through the trunk, or maybe he is simply pleased to hear that his English is good. At any rate, he unexpectedly tells David, “Don’t worry about it. Have a nice day.”

Thrilled, David hops back into the car and drives off, waving to the officer as he passes.

When we arrive home, we find David’s wallet sitting on the desk. We receive more good news as we check our e-mail and learn that Kids Summer Camp did not fill enough spaces; hence, we won’t have to go back to teach the “little darlings.”

We put the chickens into their new home and name them Barbara and Roberta, after two sisters we have become close to here.

I glance around at the chickens, the bamboo, and the old farmhouse and reflect on our life in Tuscany. My friends think we spend one lazy day after another basking in the sun, drinking wine, and living la dolce vita. I try not to disillusion them. I had the same fantasies before I left Canada. Yet despite my reality—the chaotic, relentless visits from fun-loving paesani and relatives; dealing with Italy’s Byzantine bureaucracies; the difficulty earning a living—I realize my life here is much richer than I ever could have imagined.